To share your memory on the wall of Beulah Reed, sign in using one of the following options:

In addition to her parents, she was preceded in death by her husband Ray Reed and brother George William Faulkner.

Survivors include her two children, son Keith Reed and wife Tammy and daughter Donna Reed, both of Pineville, KY; grandchildren Dustin Reed and wife Rachel of Bimble, KY, Meagan Reed and Austin Reed both of Pineville, KY; great-grandchildren Ellie and Emma Reed; sister Susan Faulkner or Barbourville, KY; sisters-in-law, Lola Asher of Roark, KY and Beulah Baker of Magnolia, KY; brother-in-law Lloyd Asher. A host of nieces, nephews’ other relatives and many friends. The family would like to thank her caregivers, Cynthia Goodin and the doctors and staff at Barbourville, ARH.

To send flowers to the family or plant a tree in memory of Beulah Reed, please visit our Heartfelt Sympathies Store.

We encourage you to share your most beloved memories of Beulah here, so that the family and other loved ones can always see it. You can upload cherished photographs, or share your favorite stories, and can even comment on those shared by others.

My Sincere Condolences to the Reed Family. Phyllis A. Hoskins 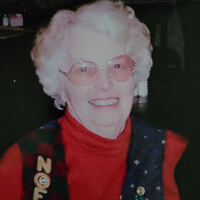