To share your memory on the wall of Buell Mills, sign in using one of the following options:

As a young father, Dr. Mills volunteered as a Boys Scout leader and received the Silver Beaver
award to honor his commitment. He also enjoyed travelling, snowmobiling, reading, and
watching college football. During his career, Dr. Mills never refused to care for people in need --
even when he was paid with chickens. During his 35-year career, he delivered more than 3,000
babies and was one of the last physicians in Southeast Kentucky to make house calls.
Always learning, Dr. Mills became a licensed pilot, often flying to watch his nephew play
football at the University of Tennessee, and to visit his son Mike in Lewisburg, WV, where he
attended military academy. Dr. Mills’ interest in astronomy began in the early 1980s. He built
an observatory in Pineville, took stargazing trips, and shared his love of the sky with everyone,
including hospital employees who joined him at Lake Mistake to watch Halley’s Comet.
Dr. Mills was preceded in death by two sisters, Faye Mills Wells and Jean Mills Pearson, and two
brothers, Dr. Harold Mills and Dr. Shirley Mills.

Dr. Mills is survived by Ina Daniel Mills, his wife of 46 years; one son, Michael B. Mills, of
Pineville, Ky.; one daughter, Patricia Mills of Ashland, Missouri; two grandchildren, Michael S.
Mills of Pineville, Ky., and Mollie Mills of Knoxville, Tenn.; 14 brothers- and sisters-in-law; a
multitude of nieces and nephews; and a host of family and friends.

Dr. Mills will be laid to rest in the Pineville Cemetery. A graveside service will be held at a later
Date under the direction of Brooks-Durham Funeral Home, Pineville, KY.
Read Less

To plant a memorial tree in honor of Buell B Mills MD, please visit our Heartfelt Sympathies Store.

There are no events scheduled. You can still show your support by sending flowers directly to the family, or planting a memorial tree in memory of Buell B Mills MD.
Plant a Tree

We encourage you to share your most beloved memories of Buell here, so that the family and other loved ones can always see it. You can upload cherished photographs, or share your favorite stories, and can even comment on those shared by others.

Posted Feb 25, 2021 at 02:31pm
HE BECAME MY DOCTOR AT AGE 9, HE WAS AMONG THE BEST ONES THIS COUNTRY HAS EVER SEEN. CONDOLENCES TO HIS WIFE AND CHILDREN, AND OTHER FAMILY. RIP OLD FRIEND. GOD BLESS Y'ALL.
Comment Share
Share via:
VW

Posted Feb 25, 2021 at 04:07am
Dr. Mill was a good Dr.and a good man, My grandmother went to Dr.Mill when I was a little girl. I am so sorry for your loss. God Bless Dr.Mills Family’
Comment Share
Share via:
LB

Posted Feb 24, 2021 at 10:38pm
He was a very kind and humerus person. He was loved by all of the staff of PCH. And the community.
There is not enough room here to tell all the good memories of him. So I will say we all missed him when he retired. And loved when he came into town and he came to the hospital to see all of us.
Gods Speed dear friend.
Gods speed Dr B B Mills.
Comment Share
Share via:
PH

Dr. Mills was a wonderful doctor and an outstanding person. One of Bell County's very best. I have so many good memories of Dr. Mills. He will truly be missed, just as he was, when he retired. My sincere condolences to the Mills family and friends. 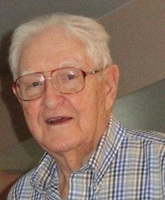