To share your memory on the wall of Jerry Partin, sign in using one of the following options:

In a... Read More
Jerry Allan Partin, age 54 of Pineville, KY passed away Wednesday, February 24, 2021 at UK Bluegrass Hospice Center in Lexington, KY. He was born October 16, 1967 in Frakes, KY to the late Lloyd Webb Jr., and Gladys Partin Hopkins.

Per Mr. Partins request he was cremated by the Brooks-Durham Funeral Home and services will follow at a later date.

The Brooks-Durham Funeral Home is honored to serve the Webb family and ask that you keep them in your prayers.
Read Less

There are no events scheduled. You can still show your support by sending flowers directly to the family, or planting a memorial tree in memory of Jerry Allan Partin.
Plant a Tree

We encourage you to share your most beloved memories of Jerry here, so that the family and other loved ones can always see it. You can upload cherished photographs, or share your favorite stories, and can even comment on those shared by others.

Plant a Tree in Memory of Jerry
Plant a tree 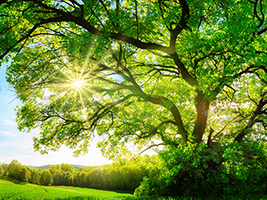